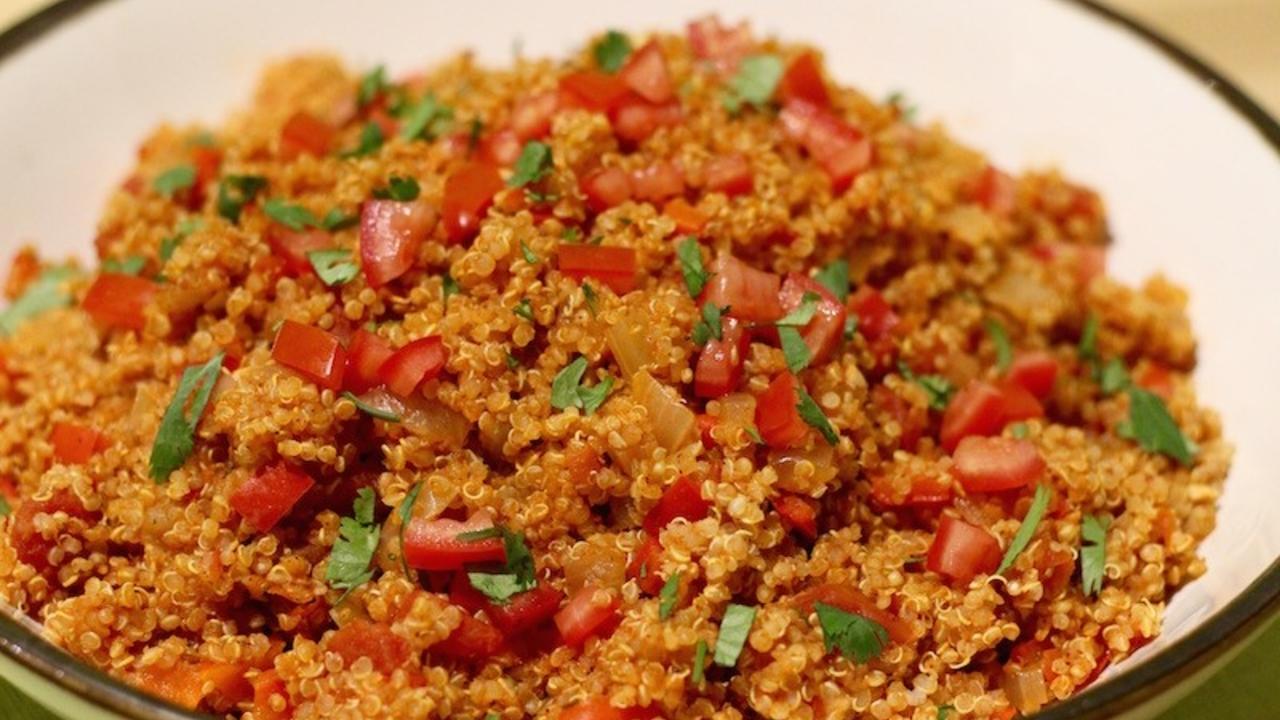 Spanish (or Mexican) Rice is an important side dish in Latin cuisine. Traditionally it's made with white rice, but I've been making Mexican Brown Rice for a long time and totally loving it.

The health-conscious Mexican restaurants often have brown rice as a nutritious alternative to their Mexican rice, but I never see them make the Mexcian rice recipe using brown rice. Oh, how I would love to see some progress here!

Why not have the healthy option also be packed with flavor??

Instead of rice, I'm choosing an even more nutrient-dense option...

Quinoa is a pseudograin—a term refers to ancient grains that are botanically a seed. Quinoa is a member of the Amaranthaceae family, not the Grass family, like corn, rice and wheat. 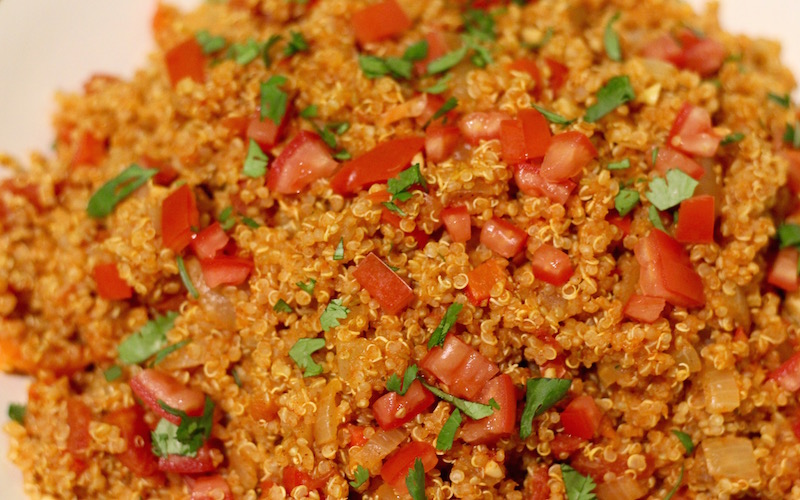 Nonetheless, in the culinary world, quinoa is thought of as a whole grain because it is prepared and used as a grain. It also has a similar nutritional profile, but the quinoa seeds are significantly more nutrient-dense.

It is considered an excellent source of protein, which means it's a great alternative to legumes when we want something other than beans, tofu, and lentils.

Not only does using quinoa increase the protein of this side dish, but it also cuts the cooking time in half. Quinoa can be fully cooked in just 15 minutes.

Just like Mexican rice, this Skillet Spanish Quinoa is delicious as a filler in a Burrito Bowl, alongside Sweet Potato Nachos, or even when simply paired with a side of Chile-Infused Black Beans.

The quinoa should be light and fluffy when it’s finished cooking. If all of the water is absorbed before the quinoa is cooked, then add more water as needed and continue cooking until it is done.