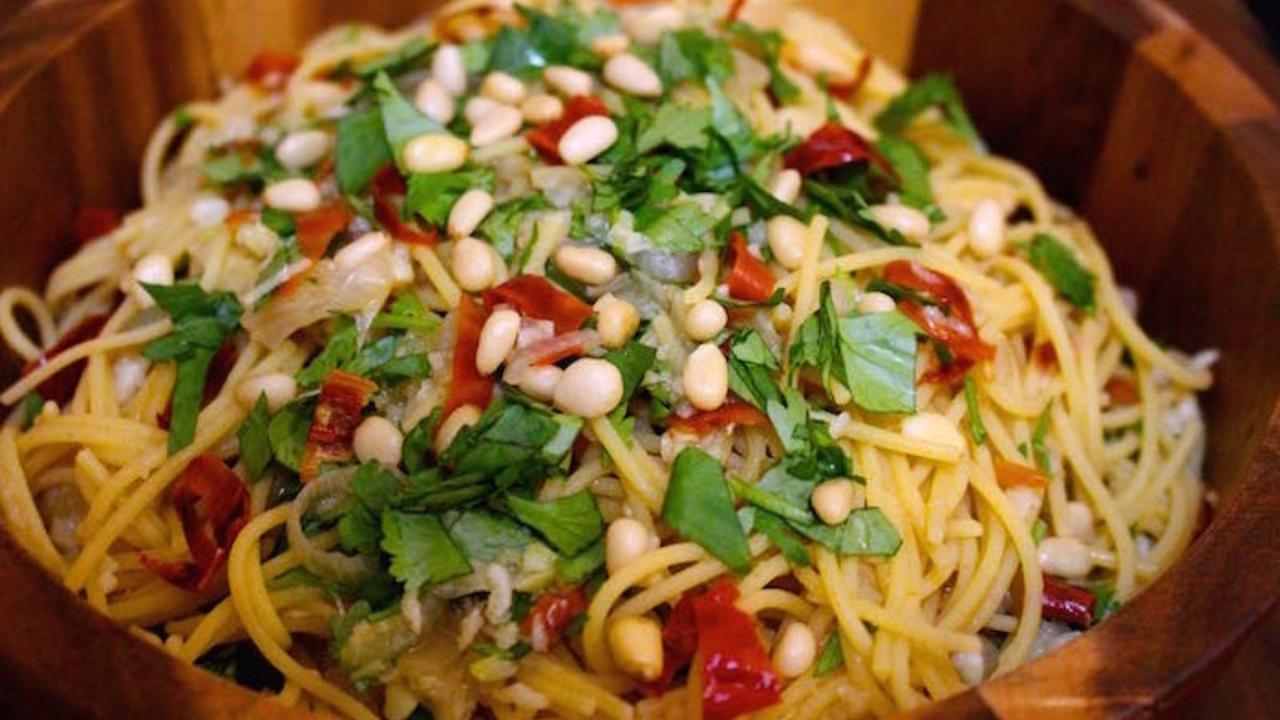 Without oil in the pasta, it is very difficult to maintain moisture. Thus, it’s important to serve this shortly after cooking otherwise it will taste too dry.