Tempeh Tuna Salad That Will Make You Melt! 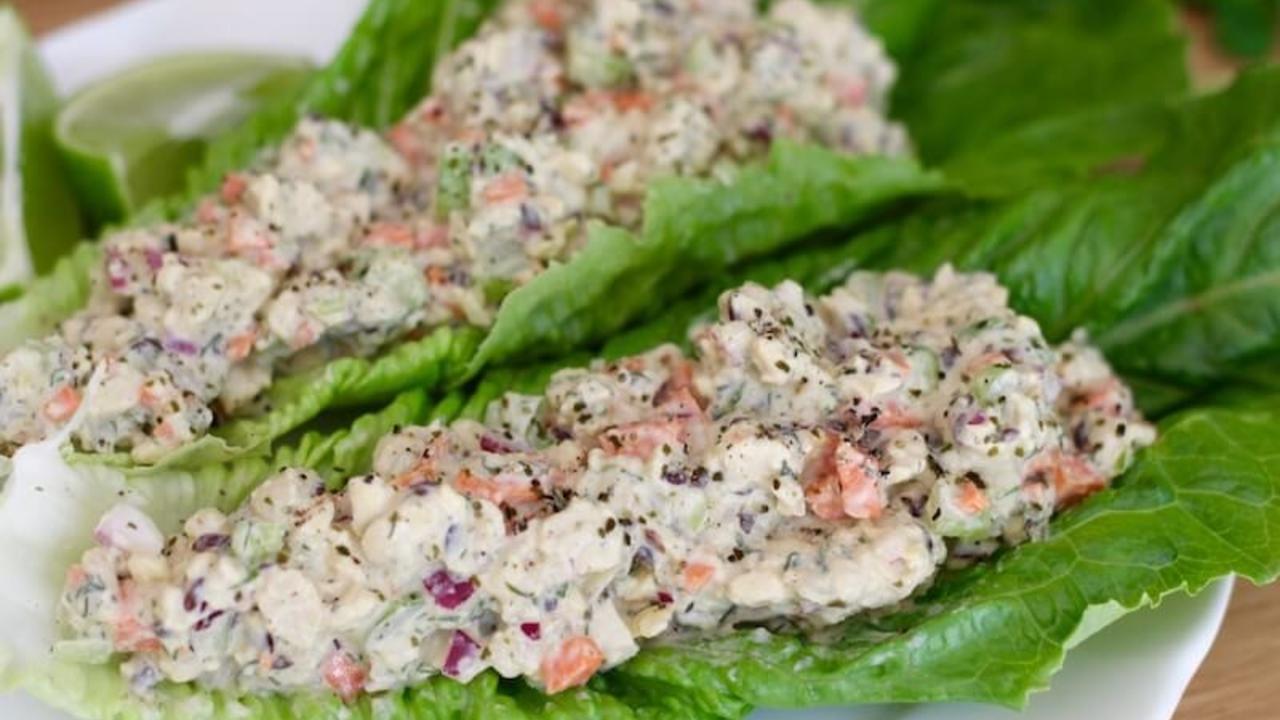 Tuna salad. Either you love it, or you hate it.

Most of my life, I was disgusted by the canned tuna and mayo combo that so many enjoyed. However, after trying a toasty tuna melt during undergrad, I was hooked. I was ordering it whenever I had the opportunity.

Fortunately, just a few years later, I came to realize the benefits of not eating animal products—including tuna fish, which was sadly the variety of meat I was consuming most frequently. 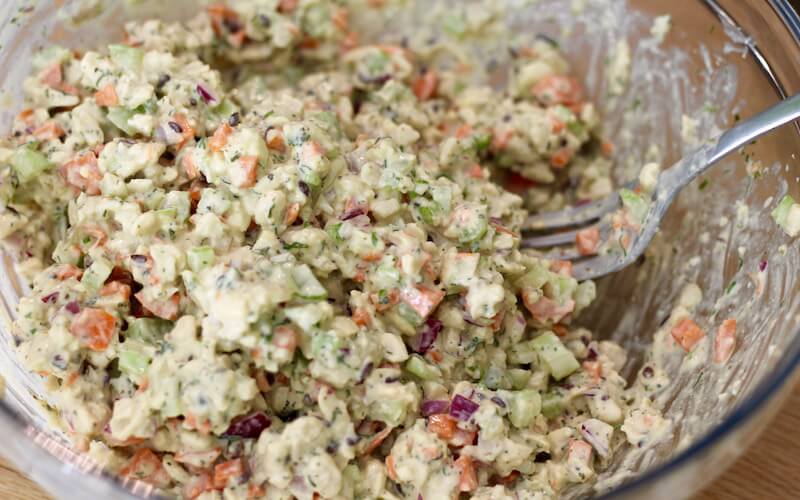 Fish – especially big, fatty fish like tuna – have a build-up of toxic mercury from pollution. When you eat tuna, mercury builds up in your body, too. Although canned tuna is placed in the “lower mercury” category of seafood options, it still contributes over one-third of the mercury exposure for the average American.

Additionally, many kinds of canned tuna have added oils and sugars.

After seven years of being tuna-free, I tried a Tempeh Tuna Melt at the Butcher's Son (a vegan deli) in Berkeley. Although it was absolutely scrumptious, it was way too oily for me to enjoy regularly.

So I came home and immediately got to work on making an oil-free Tempeh Tuna Salad. 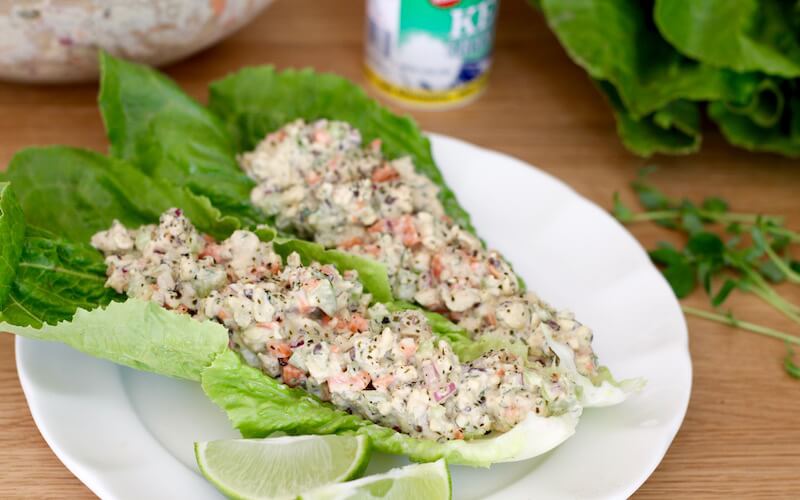 This "tuna" salad is so much healthier than the traditional version....and nothing tastes as good as healthy feels!

Aside from being tuna free, The Culinary Gym's version is also mayo-free.

A typical mayo recipe that yields 1 cup calls for 3/4 cup of oil! Yikes!

Even the Just Mayo product from Hampton Creek Foods, which is vegan, remarkably delicious, and a major player in the mayo market is still not healthy due to its high oil content.

That's why I'm so stoked about this Tempeh Tuna Salad! It's delicious without all of the processed fat.

FOR THE TEMPEH TUNA